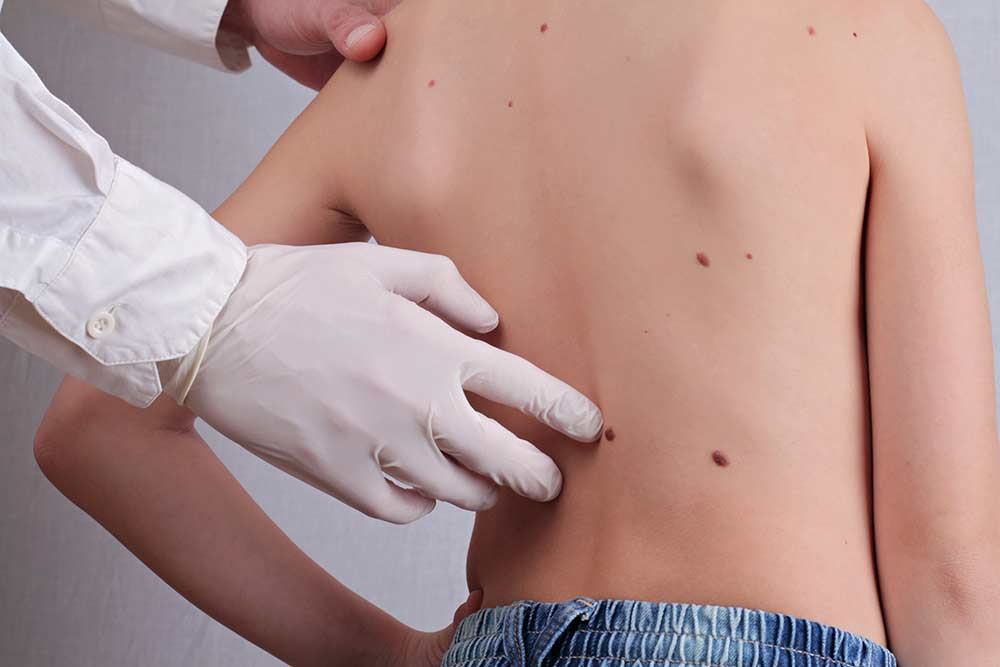 Moles are a skin growths that can appear anywhere on the skin. Though some moles are considered unsightly, others are considered beauty marks. Moles may be blue, black, or skin colored. The question that many people struggle with is, “Do I need to get my mole removed?”

SHOULD I GET MY MOLE REMOVED?

On average, everyone has 30 moles on their body but some people will have many more. They are typically harmless and don’t require any treatment. While they are normally harmless, there are some good reasons to consider having a mole removed. Here are a few considerations:

Is the mole a beauty mark or an embarrassing spot? If a mole is considered unsightly to the point that self-esteem is negatively impacted, having the mole surgically removed may be considered. Depending on the size of the mole, the removal procedure will leave minimal scaring and may boost the person’s self-confidence.

Moles can appear anywhere and the location may necessitate removal. For example a teenage boy who has a raised mole on his chin and is beginning to grow facial hair, should seriously consider removing the mole before he starts shaving. 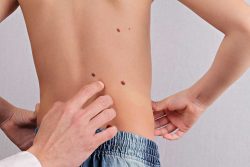 Another example may be a girl who has a mole on the back of her neck where her hair brush, clothing and necklaces frequently snag. In this case, the girl may consider having the mole removed because of its location.

A major and more serious concern when considering mole removal is the risk of cancer. A fast moving skin cancer, called melanoma, can spread quickly to other parts of the body such as the lung, liver, bone, or brain.
The rapid growing cancer can be fatal if not caught and treated early. In fact, the earlier a melanoma is detected and removed, the more likely the treatment will be successful. Melanoma can be present in a mole and melanoma itself may appear as a mole-like growth. If melanoma is suspect, call Dr. Ward right away for an appointment.

When a mole is surgically removed, it is usually done under a local anesthetic to numb the area around the mole. Once the skin has been numbed, the mole will be excised by removing a small piece of skin around the mole in the shape of an eye so the skin can be stitched minimizing scaring.

If a malignant melanoma is detected in the mole, a wider excision of skin may be necessary to remove all of the cancer. The procedure only takes a few minutes.

WHEN SHOULD I GET A MOLE CHECKED?

If you notice a mole changes in diameter, thickness, shape, symmetry or color, the mole should be checked by Dr. Ward. Also, if symptoms such as itchiness, soreness or bleeding are significant call Dr. Ward for an appointment so he can take a look at the mole.

According to the National Cancer Institute, to check for a melanoma, use the “ABCDE” rule that describes early melanoma:

If any of these symptoms or elements are present, call Dr. Ward for an appointment right away. The only way to positively diagnose melanoma is to remove tissue and check it for cancer cells. Dr. Ward will remove the skin that looks abnormal and then the biopsy sample to a lab and a pathologist will look at the tissue under a microscope to check for melanoma.

Moles and Other Growths

Along with common moles, and melanoma, two other conditions may exist — dysplastic nevi, and skin tags. Dysplastic nevi have a similar appearance to melanoma and are frequently mistaken for the cancer. While they look similar to melanoma, dysplastic nevi are a type of mole that is not cancerous.
A skin tag is a soft tissue growth with a connecting stalk that are common found on the neck, chest, armpits, or under the breasts. These are harmless growths and are usually only treated if they become an annoyance or are considered unsightly.

Moles are very common and most people have about 30 on their body. Aesthetics, location and the possibility of cancer in some moles are reasons to consider contacting Dr. Ward to have the mole examined and removed, if necessary. The most concerning risk with moles is melanoma, which is a fast moving cancer. If you see signs of melanoma, call right away to have Dr. Ward exam the mole and surrounding area of the skin.